I bought 4 different types of solar lights 2 are deployed, Voltage from the panel is 5.8v voltage to the batteries very some have 3.2v batteries and some have 3.7v if I knew what had what from the start I would have got just the 3.7v ones, as far as mA thats unknown till daylight tomorrow. As for wiring I just cut out the lights and wired straight to the battery. Which is super lazy of me. Ones about 45’ in the air and the other one is straped to the side of the work shop. One being direct sunlight and the other indirect just to mix it up. 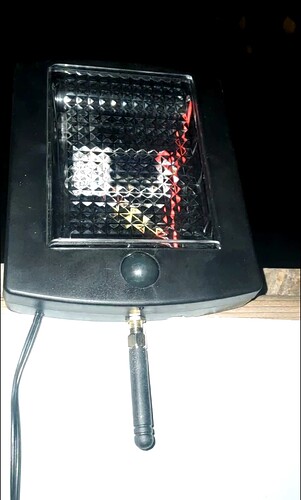 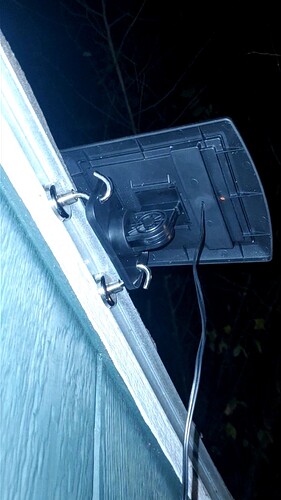 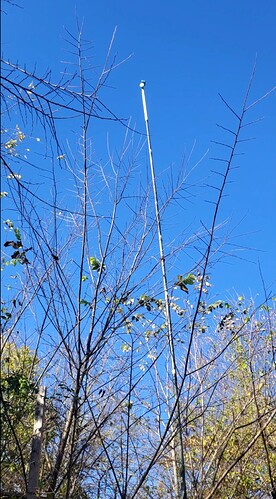 That’s super awesome! How high is your mast?

That’s really cool. Are they set to “always on” or does a bird have to fly by?

Lol, wiring them up with the sensor would also eliminate using it during the day, So I bypassed the sensor.

Its only 45’ and sketchy as is. I need more than double that to get any decent range. With the Quadecopter at 100’ I was only able to get about 2 miles, no mountains here. Its either flat or a valley lol

Wait a tick, did you just suggest that you mounted an radio on a quadcopter to gain altitude for a repeater node?

I’ve considered not seriously considering, mounting a solar node with a HD magnet and sticking em on these big tower antennas via a quade. I’m sure illegal and I wouldn’t really do something like that unless it was a emergency. I am a licensed ham. That should given me access to any antenna tower lol jk

Fixed wing is also an option. Using 18650s instead of LiPos, it’s not that hard to get 2 hour flight times out of tiny, cheap RC planes like the RMRC Nano Goblin.

Yes!!! I have been looking into that. I’m just not mentally ready for that learning experience, Yet, been trying to wrap my head around python, android studio, and platformio. Thanks to meshtastic Than I’ll move forward to fixing wing.

OK, now I’m getting interested in this thread. I’ve been beating my head against a wall trying to find a way to deploy a lightweight, stable ‘antenna’ system to communicate via VHF with a friend of mine who is 30 miles away.

The classic solution is ‘get a ham license’. With a ham general license, you have access to most of the HF spectrum, and those frequencies thrive on tropospheric propagation. But, not many people have that license, or the gear needed to make contact, and are not willing to go through the effort to get there. That’s where this topic comes in. If we have line of sight, we probably can make contact. Cool!

Yes, I would have better luck deploying pegons with tbeams strapped to there back than get some of my friends to get there ham radio license. Lol

I had reasonable battery life on a similar set of solar lights purchased from Amazon which mentioned a 4.2 volt lithium battery in the description. It would power an ESP32 based LoRa node with temp and humidity sensors that sent MQTT packets at intervals under a minute apart throughout the night (which may have been somewhat less than a repeater, depending upon the duty cycle at which it is used). Another of the lights in the “stock configuration” illuminating landscape in my yard has been in place for over a year, with no ill effects from sun or rain on the solar cells for over a year (which surprised me, given the price of less than $30.00 for a pair).
Based upon that, it appears to be a reasonable (and economical) platform on which to put together a mesh network.