I’m prepping to go to Burning Man next year and already have two locations planned out for Meshtastic repeaters up on “towers”. I’m going to make available a public Meshtastic network for our use with the QR code published on this group (when it gets closer) which you can then share with your camp. My goal is to have enough coverage to reach gate road and out to the trash fence.

I know it’s early but I’m excited to ask … Are you planning on going to Burning Man in 2022?

That’s really cool and is an excellent place to do some real field testing. It is a great opportunity to test network scalability and the kind of stress it can handle (depending on how many people join the network, of course). I suppose the biggest obstacles are: 1. Getting people excited about Meshtastic 2. Getting them to actually order their own devices 3. Configuring said devices (for the technically challenged). I wish you luck and keep us updated.

I am in the process of building a small network in the city that I live in. Luckily for me the city is located in a valley, so I will be placing nodes in strategic places and should get fairly good coverage throughout the town. I have already ordered small solar panels and am testing different battery configurations.

I have 14 devices for my camp, and know few outside my group who will participate … so at least there’s that

I’ll be there, though it remains to be seen whether I’ll be up to speed enough with this tech to actually acquire and bring these devices. So many projects, so little time…

Totally understand ‘too many projects’. Where are you based out of?

Northern Colorado. On playa, I’m with Astral Headwash in the 4:30 sector.

I’m usually around 3:00 and Esplanade with illumination village. If you’re out there, I’ll have a meshtastic network setup. Find me

I’m looking at doing the same thing for the city I live in. It’s a tiny town of only 100 ppl but think this would be great system in case cell service was to drop out for others and my family to use. How are you designing yours if you don’t mind me asking?

Two router nodes, both set up high above vehicles and other structures. One with Store and Forward enabled.

The network will be using the new Medium Range / Fast setting.

That’s about it really.

Each node is going to be mounted in trees on the ridges surrounding the city I live in and will be powered by 18650s. These in turn are being charged by a small solar panel. For the charging circuit I am building a configuration similar to the one built by Andreas Spiess in this video: #383 Cheap and simple Solar Power for our small Projects (ESP32, ESP8266, Arduino) - YouTube

My biggest concern at the moment is how the batteries will perform in the winter - probably not well.

Given the one button UI, I think a shared Meshtastic channel would be unusable beyond about 10 people.

It would be nice if a single repeater could serve multiple networks, or any network. How does frequency selection work? I imagine the multi-network option wouldn’t be viable without SDR or something listening to a wide range of frequencies.

I did some experiments today with having it report BRC location. It switches to street letters within the city area. (using feet not meters because locations for art projects are time + feet)
It was pretty easy to add. I’m using a local landmark as the man position - I’ll probably share on GitHub once golden spike data is released. 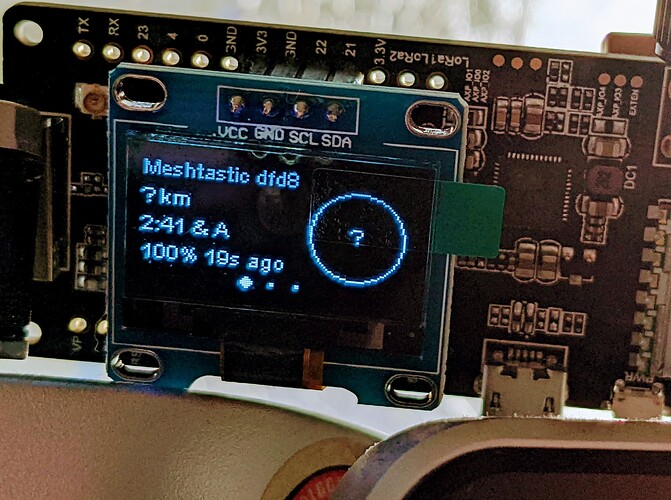 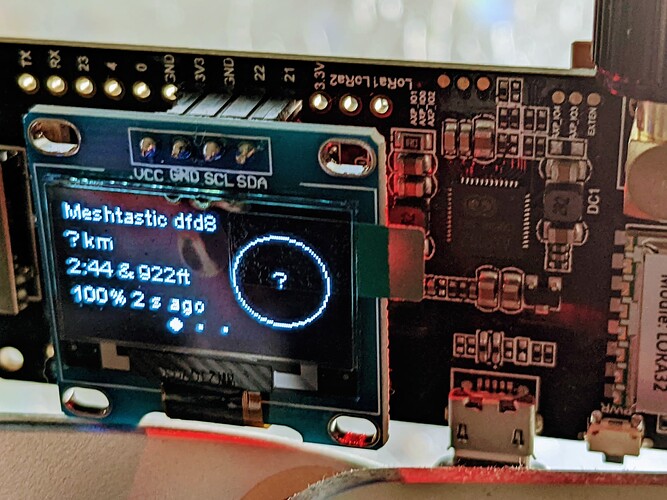 Arguably, this takes away from immediacy if you’re thinking about who/what is elsewhere and not living in the present location and time. And it removes some of the serendipity of unexpectedly finding your friend.

re:coverage, that is probably most affected by the height of your antenna mast. Surprisingly, I didn’t get very far last year: <2km, with handheld modules (so ~5ft max from ground) in empty playa. (meanwhile people with Swiss accents gets considerably further with stock antennas & modules. (at 433MHz which possibly helps too))

So what if I want to have a different Default main channel, for my own private stuff. Would your mesh benefit from me adding your channel config as a secondary channel?

I am going to bring some devices to communicate with my friends. We are scattered around a few different camps this year.

My camp has a 20-something feet tower in the 9 o’clock plaza and I plan to install a repeater/mesh node on the top.

@ tschundler I’d love to see your code, I was planning to do something similar to locate my nodes. Maybe I can contribute/test out.

Secondary channels are not used in messaging, there is a broadcast channel and you can send dms

I’m far from an expert here, but it seems that the best course of action for now would be sticking with 1.2, even if it is officially released as 2.0 by then.

It’s a pretty short window for people to make the jump from existing firmware and client software, and it’s not reverse compatible with 1.2.

Of course, you could always run separate repeaters running 1.2 and 2.0, but that doubles your hardware requirements. 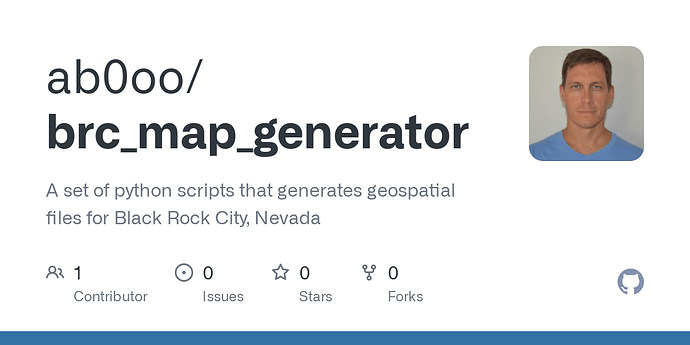 GitHub - ab0oo/brc_map_generator: A set of python scripts that generates...

It’s a quick python script that generates a Shapefile of Black Rock City, based on a Golden Spike location. The 2022 Spike will be set tomorrow (28 Jul 2022), and I’ll update the code to use the actual position.
If you plan on having trackers on Playa, this would allow you to figure out where they are in the city. I’ll be running a couple of Lora trackers out there on the bikes, but probably won’t be part of the Meshtastic network (I’m using different devices).

My camp will probably be using 1.3. I may bring an extra device or two to play with 1.2 and see who is connected. I will have a v1.3 repeater on top of our 20ft tower at camp Kaleidoscope on the 9’o clock B Plaza. We will use them on the bikes and to keep communication with a neighboring camp around 7:30-ish.

I agree 1.2 makes most sense bc stability, I was going with 1.2 but I have few t-echo that are misbehaving with 1.2 (poor battery time and GPS )

I’m going to start configuring devices for my camp this week. Sticking to 1.3 and will bring my laptop for real world debugging.

Awesome ! I will do the same, I am bringing laptop, cables, even my soldering kit in case a t-beam breaks. If I have time (I doubt it) I may try to do some projects with capturing and analyzing packages on a rpi mqtt server.