I bought a couple of Nagoya Antenna 433Mhz SMA-M 2dBi which are about 17cm long quite flexible whip antenna, these have almost doubled the distance I can get ~ 2.2Miles/3.54km from skylight window in my house to a hilltop where i cycled. It’s not a direct line of sight, there are a few roofs in the way and some tree tops which are covered in leaves this time of year. This distance is more in line with my expectations from other peoples tests using basic antennas and legal power limits. I am guess that Lilygo supply the same antennas for all frequency bands, since 433Mhz is about half of 868Mhz so a quarter wave antenna at 433Mhz would be a half wave for 868Mhz? 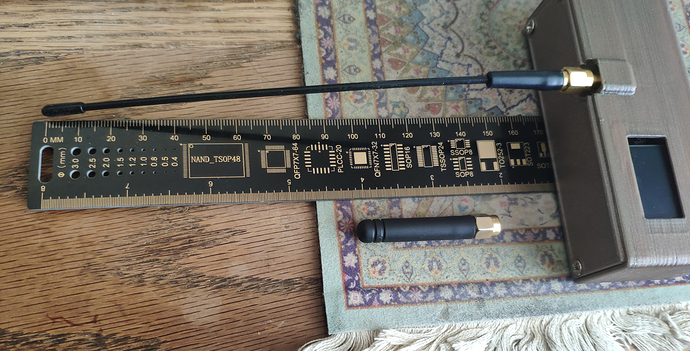 btw - I wasn’t sure if power going to be the limiting factor for range (rather than just line of sight).

If you are doing these great experiments you might try changing RF95Interface.cpp:

To 20 instead. If it helps then send in a PR

I did my testing on the old radio config, I am just figuring out the new one. I also did a sanity check - I found a reference of what needed to be done in the registers and checked all of them against radiohead and the datasheet and radiohead was optimised. radiolib has a max of 20dbm, radiohead 23dbm, datasheets differ somewhat and not clear, I think they are doing the same thing to the registers just interpreting the value differently. Also current limiting was switched off on radiohead, current config radiolib its set to 100. I think that a current limiter is useful to protect the amplifier if theres something not correct with the antenna, like not attached, wrong impedance. I did these tests was because my range was disappointing, but then I got new antenna which helped a lot. I’ve also just realised that the new radiolib library was the same one I was using on my old project, I’ll see i can replicate some of the settings i had last year. I think first test will be baseline of the current values

Sounds great! I think you are more of a radio expert than I - I’m glad you are poking at it ;-).

17cm would be the 1/4 wave of 433mhz. Which is also what you’d want for medium range point to point since the wave propagation would be more horizontal then say a half wave.

I haven’t taken the stock antenna apart or scoped it yet but I’d assume it’s a coil type so it maybe 17cm as well?

I just finished my adapted version of an 868 MHz homebuild colinear antenna which is going on the rooftop this week to tryout Meshtastic on the move.

Stock antenna is a coil of copper coloured wire 0.55mm thick, not quite touching 22.5 turns inside diameter 3.4mm 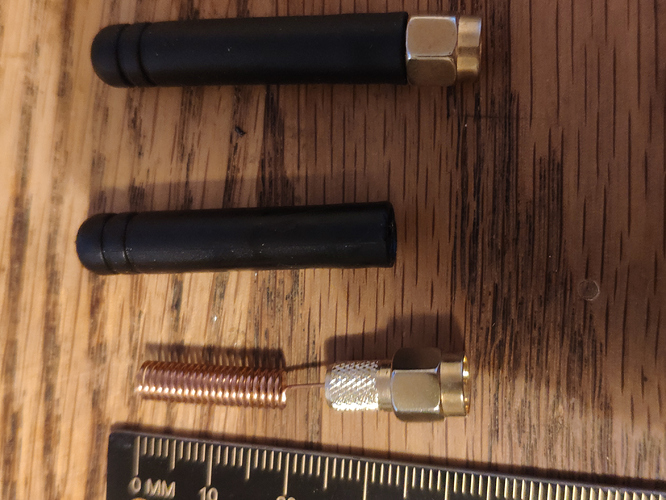 Without doing the maths that’s just under a 5/8th wave antenna. Which doesn’t surprise me much as that’s pretty standard. Do keep in mind you measure from the start of the coil not the connector. I’m sure the Nagoya is a massive upgrade. Just remember not to use any wire if possible as these don’t put out much power and the coax would quickely eat up any gain you get with a better antenna.

Just want to mention that antenna length does not always translates to wavelengths because some antennas have matching sections or predefined feedline lengths integrated. Anyhow, a good antenna does make a huge difference for sure. If you want to establish a link with fixed heading also try using directional antennas. But legal limits of EIRP has to be kept in mind. 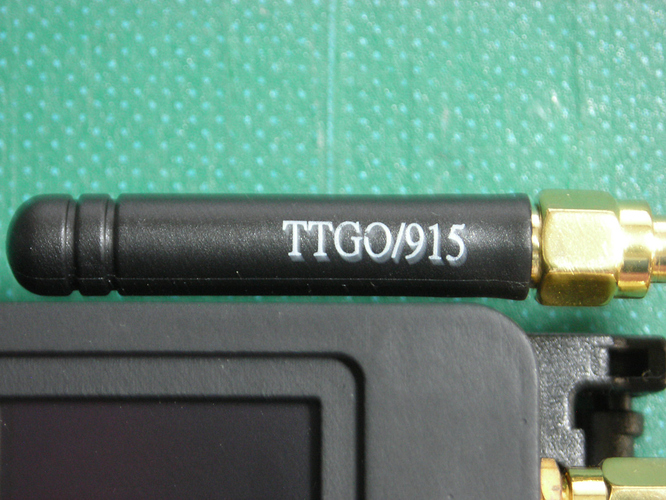 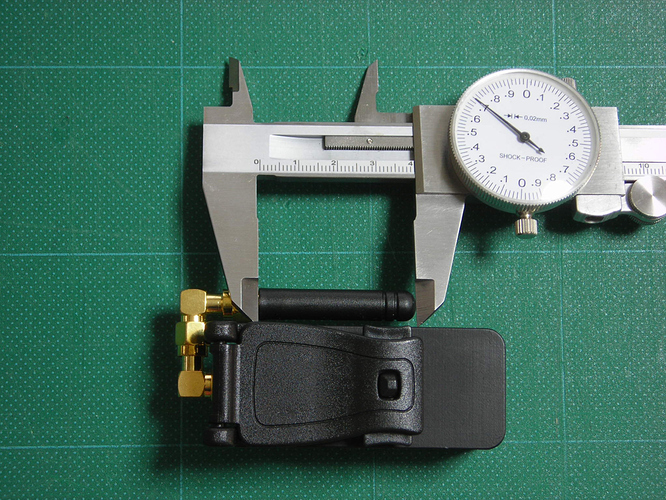 Since helical antenna have many uncertainties, it is difficult to calculate the required antenna length.
I confirmed that the antenna attached to LILYGO TTGO is adjusted by frequency. 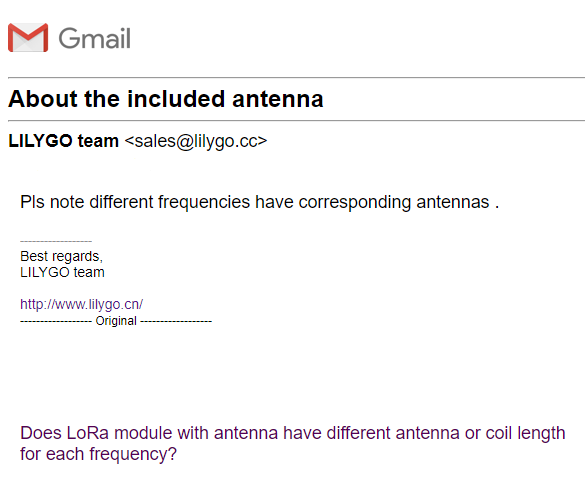 If you are considering upgrading your antenna, consider PIFA(Planar Inverted F Antenna).
In theory, the required antenna length is 1/8 of the wavelength and very compact. The phone also uses this antenna. 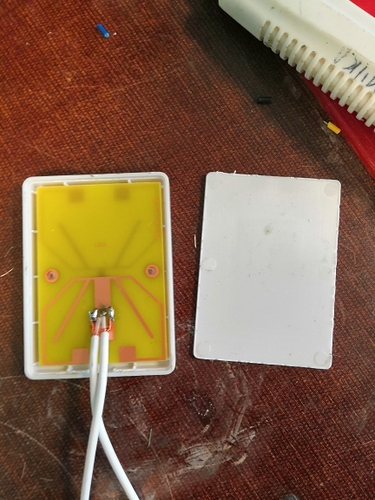 In EU I use the non-standard but allowed freq option 433MHz. Here as well the antenna made a huge difference and the price was around 8EUR/piece. I can dig out the specs somewhere if anybody is interested but definitely it is a way to go - to change the stock antenna.

oh yes - if you have a link to a 433MHz antenna you found that is reasonably priced and helped a lot that would be much appreciated.

Low frequency (433 or 470MHz) antenna upgrades make it easy to get desktop UHF antennas for TV📺
Every country probably supports it, or it should support pretty close frequencies.
But it’s too big to carry on a PIFA. This problem cannot be resolved… 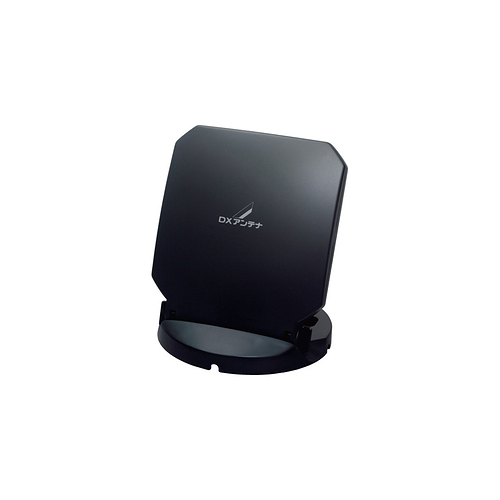 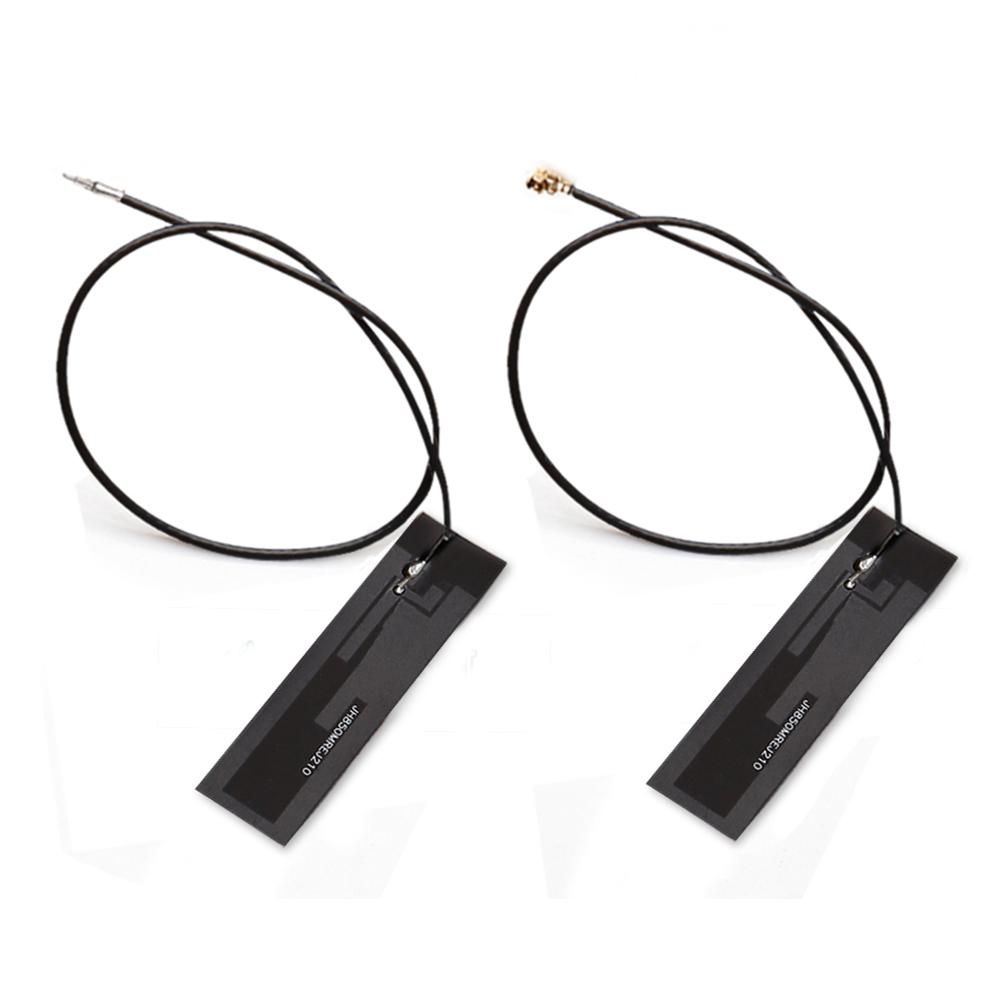 tested it with a VNA and it has a nice SWR 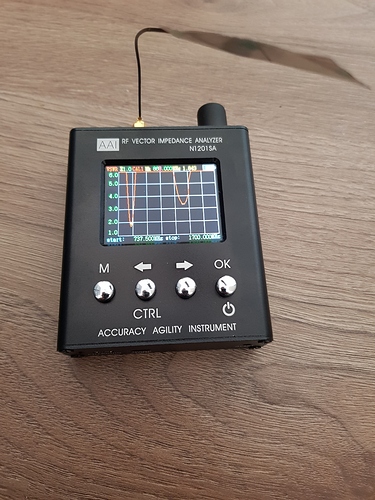 ooh thanks - I’m going to order a few.

For lots of things I have done I have made Slim Jim’s or Franklin’s, the Franklin especially has great low angle stuff. We tested 20+ 433 whips that came with radios that Kevin will be familiar and found only one or two that were the correct frequency. It’s almost like they are just in a bin of antennas in the factory

I like the antenna bit, it’s like alchemy. Luckily I know a wizard who makes antennas for animal tracking systems.

Dammit, I just shortened the coax cable of the thing to 30mm and re-soldered it successfully but now it seems to be out of tune and the SWR is lowest at about 1GHz. This model seems to work best when you have the full cable length distance from everything else. Antennas are black magic wizzardry.
I think the best way is having an SMA connector to be able to test different antennas without losses in thin coax cables and a delicate little connector breaking after a few trials. I have some antennas laying around that came with cheapo GSM modules and they have a nice dent in SWR at 868 MHz. The ones that came with the lime SDR have are nice for 868 as well.

In this use case adding another ESP32 with a roughly right antenna might be better than chasing tiny gains.

For 868 users there are some useful designs in this page

433 will be a little more forgiving of errors, along with plenty more commercial professional antennas around.

We are using such low power that any long run even of low loss coax might result in nothing falling out of the end.