TTGO helical antennae are really bad, same for the ones sold in drone telemetry kits.
For 433MHz transmissions I am going to try this half-wave antenna (https://www.aliexpress.com/item/32847434023.html) that claims a quite unbelievable 12dbi gain. 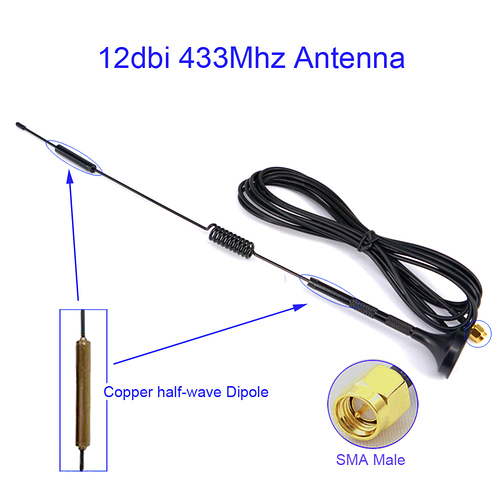 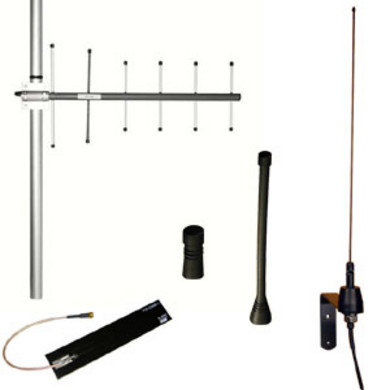 I just did a number of range tests and I was able to achieve 600m using the stock antenna that came with the t-beam v1.0 on 868mhz frequency. Both transceivers were located outside and the terrain has a smalll hill and a few trees between the points. I’m going to get a few longer aerials and how far I can extend the range without tinkering with the default transmission power settings.

btw - it would be great for someone to do a study of the various tradeoffs we could make on the channel parameters (spread factor, bandwidth). The current four choices are essentially just things I picked because that’s what RadioHead used. So some rigorous characterization (or reading whitepapers) would probably be quite useful.

The 915MHz modules I picked up (Heltec 2.0 from Amazon in the US) have an externally-identical little stubby, but internally the turns are stretched/compressed along its length.

It is indeed an 800/900 antenna, and its resonant frequency shifts all over that range depending on what’s nearby. With the plastic cover on, and my nanovna-f held up in midair, it’s smack at 915. Remove the cover and hold it in midair, 960. But with anything nearby (say, two inches from my wrist, as in some other photos I’ve seen), it drops to around 855-860. I’m pleasantly surprised! Although a gain monster, it is not. 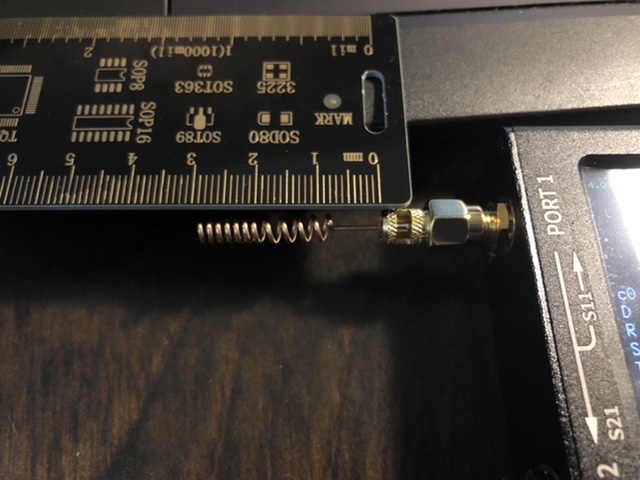 Btw fwiw @SensorsIot mentioned to me he did a video comparing the rf performance of the various Lora radio boards and the heltec was surprisingly poor (if my memory serves). 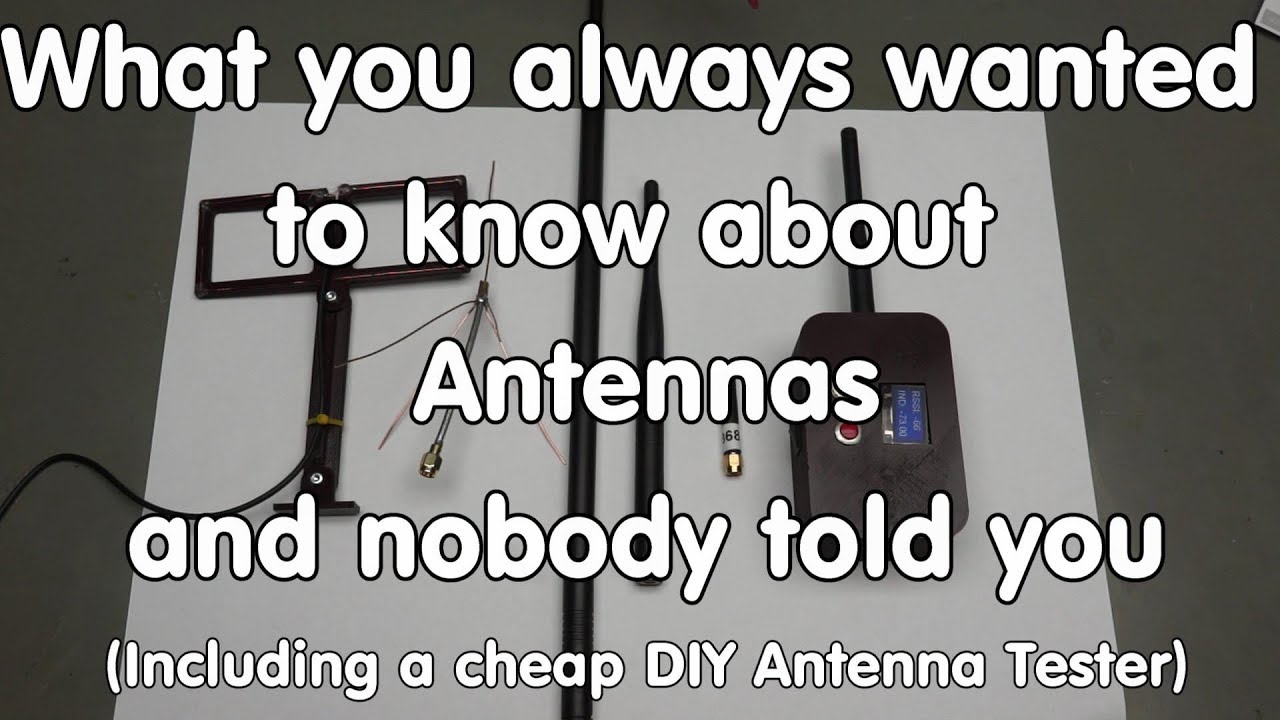 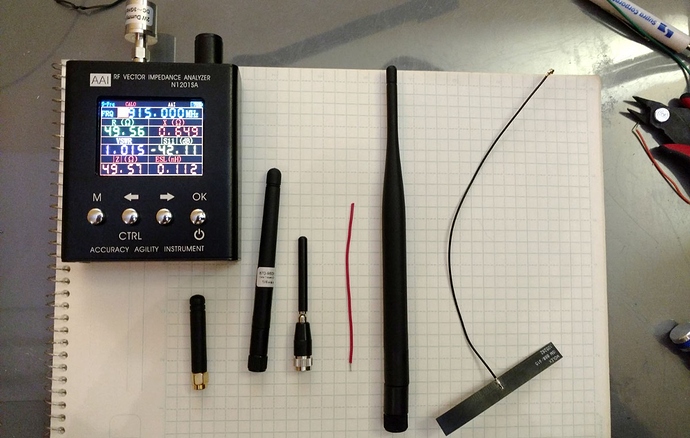 I’ve been working on LoRa systems and really wanted to find a ‘best of breed’ antenna to use. So, I found an inexpensive but accurate… 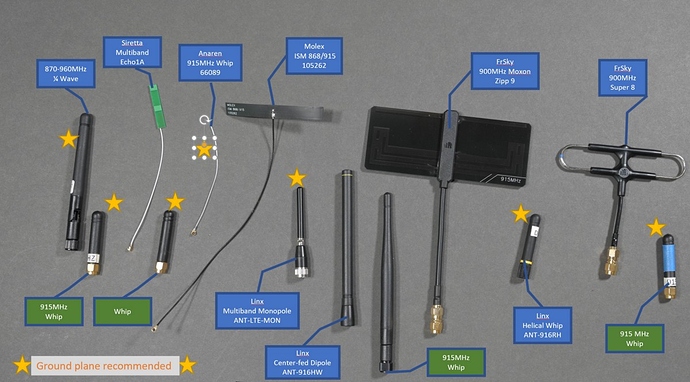 Watched this today from another source alongside carrying out a bunch of secondary research (which I’ll summarise below).

If anyone can find a better 101 guide to aerials than Andreas’s YouTube video, I’d like to know.

Our problem (there are 3 of us on the vertices of a 1.6-1.9km triangle in a slightly curved valley) is that there are lots of potential obstacles.

So line of sight is one thing. Understanding whether radio at our frequencies is reflected, absorbed or bent (diffracted) by obstacles is all part of the fun.

For a bit of light reading (I can’t quite get the URLs to render correctly so please copy the whole thing into your browser):

In summary - our wavelengths in Europe fair well in plain sight, curve over not-so-tall obstacles (including trees), reflect of surfaces at low angles of incidence. They go through humans without much attenuation; but not brick or stone or anything much above glass / kevlar. Oh, and don’t sit under an LTE tower and expect it to be plain sailing.

The ‘moxon’ antenna (the one you describe as the unusual design) is tested in Andreas’ video above along with 3d printer build spec. Highly directional with high gain for its size: Moxon Antenna: http://www.moxonantennaproject.com/

Okay bad news first the seller of this antenna didn’t provide me any documentation even upon request, I assume the claimed numbers are fake.

On the positive side, the Chinese seller ebyte has got an entire section of their website dedicated to antennae, with (apparently) reasonable dbi and pictures of their testing instruments. 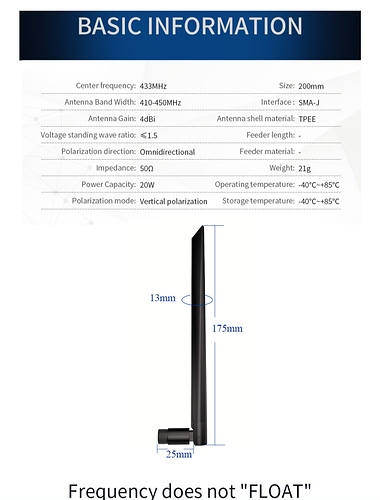 Following some fairly considerable research, we shortlisted 3 868MHz tuned antennae - and one supplier Farnell in the UK. We landed on Farnell because of their professional site & low / free delivery cost. Here you can see side-by side comparisons of the 3: https://uk.farnell.com/webapp/wcs/stores/servlet/CompareProductsDisplay?catalogId=15001&langId=44&storeId=10151&catentryId=186999299,237674893,212790620&pageType=PLP

The numbers surfaced in the comparison aren’t everything. On looking at the data sheets, the 1st and 3rd are pretty similar (likely an improvement over the tiny stock aerial from Banggood). However, https://uk.farnell.com/abracon/aeacac195013-s868/whip-antenna-868mhz-3dbi/dp/3228313 is twice the length (presumably tuned) and at 868MHz has VSWR of 1.5 which is as good as or better than the other two. It might explain why they have such a strong stock position for them.

So we placed an order for 3 last night - we have 3 T-Beams. This afternoon they arrived! The radio performance appears to be immediately better. But it’s early days; and we’ve a lot of variable factors, weather, and a lot of new software to take account of. However, if you’ll accept anecdotal evidence; we appear to be able to go through a wall or two more than we could with the stock antenna.

We achieved a range of 2.4km point to point (not quite line of sight), 90% message delivery with ack using the stock aerials. We’ll be conducting tests with the new aerials and I’ll feedback here.

sounds great, if you could eventually make this into a “Antenna information/recommendations” section on the wiki that would be awesome!

Sounds like a plan. I’ll see what I can do. Is there a stub you can point me to?

alas no real stub but you can click “new page” here: https://github.com/meshtastic/Meshtastic-device/wiki

Following this post with interest. We were out at the weekend testing 2 T-Beam 868Mhz with standard antennas. Line of sight 11km and both were inside a car (it was heavy rain) - no problem sending messages and signal strength was ~80%. We coouldn’t really believe the range. Plan to do further testing in the next few days to see what the limit is with the standard antennas. Then will start exploring some of the enhanced antennas mentioned above. Keep up the great work

Can you elaborate a bit more on settings? Spreading factor, bandwith, data rate?

Everything was standard “vanilla” setup, but in channel options “Very long range (but slow)” was selected - I asume this must switch the spreading factor. Not sure where to read the data rate, is there something in a log that displays this?