My wish list for building this relay, was as follows.

Able to get sufficient sunlight to run the relay year round, even with diminished sunlight in Winter.
Battery insulator and/or heating circuit to keep the batteries above freezing to avoid temporary or permanent loss of capacity.
A casing, water and dust proof.

Never ever, power up radios without an antenna connected, if fries the circuit. 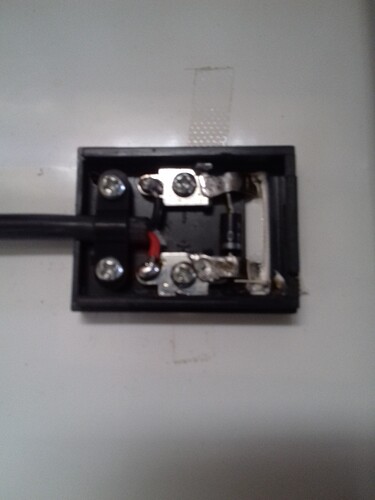 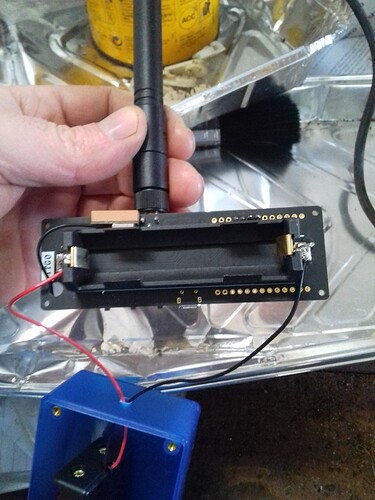 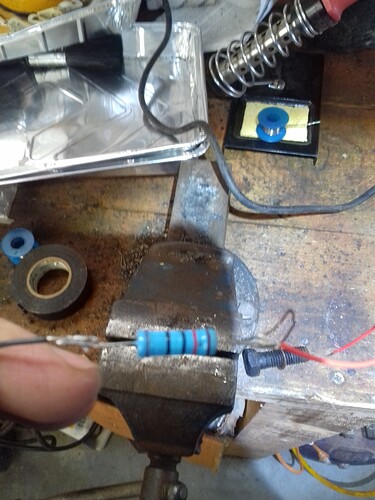 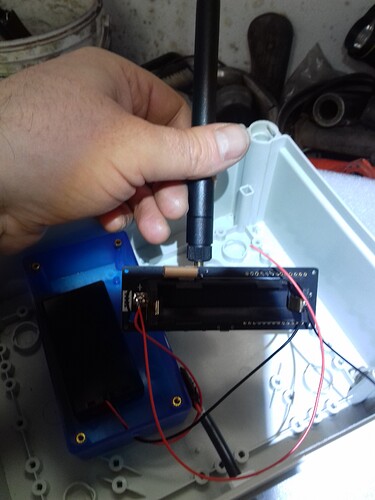 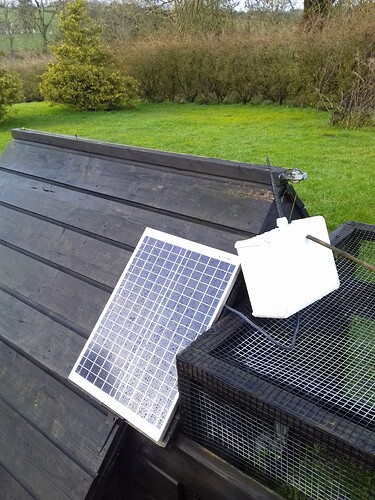 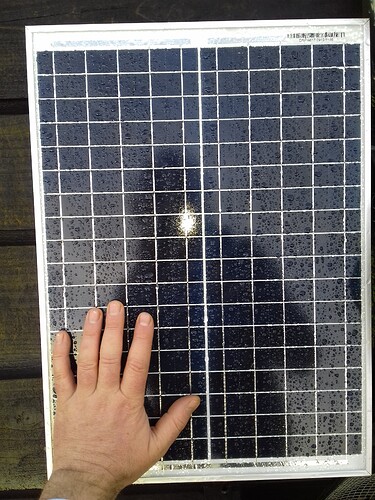 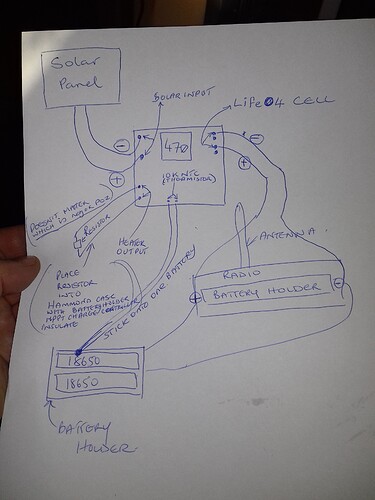 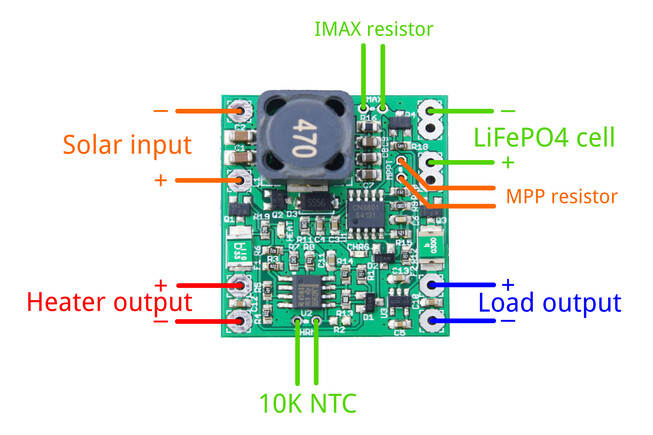 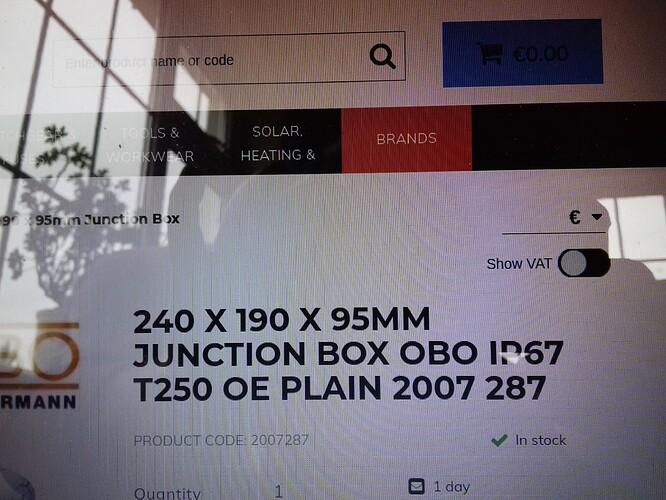 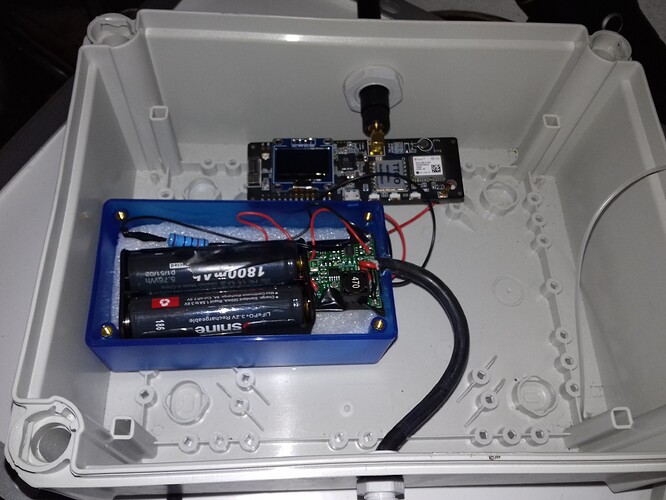 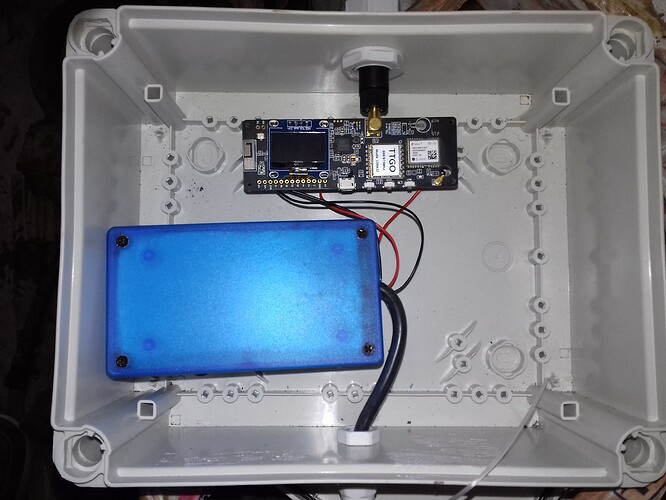 I’ve noticed from your drawing that you’re not using the LOAD output of the MPPT charge controller, instead the T-Beam is wired in parallel with the battery. This way you’re not benefitting from the low voltage battery disconnect feature of the controller.

Since I’m using the same controller I’m curious to learn your reasoning behind that.

I’m a novice to this, so perhaps your suggestion is a better way to do it? It sounds like it might be. I wasn’t aware of this feature, what does it mean or do?

The TBeam has battery management built-in and will power down when the battery voltage reaches 3.0v. What I have found with the T-Beam, if it does power down on low voltage, you have to physically press a button to wake it up again when the voltage returns above 3.0v. The other option is to break the connection to the battery and reattach it. Depending on how the MPPT disconnects the load to the TBeam the TBeam might turn back on when it is reconnected. But looking at the board C10 will prevent the TBeam from seeing the load disconnect and you may still have to press a button to power it back up.

The ideal situation is to size the battery bank big enough that you never encounter a brownout. You might be able to lower the voltage setting in the battery management of the TBeam too, which might prevent the TBeam from going to sleep. This may allow the load disconnect to function without user intervention. I have not played with programming the power management board myself, so Im not able to assist further.

Yes, I’m aware of that, that’s why I hope to find a way around it

Thank you so much for your help. This community is fantastic, everyone is so helpful.

@IZ1IVA I don’t know if this has made a difference in my case. But I have two LiPeO4 in parallel and the relay has been operating continuous without interruption. I know concerns were raised about the low voltage threshold kicking in, but fingers crossed it hasn’t happened yet. Will continue to test it at home for another week or so, before placing it into position.

@IZ1IVA This morning I attempted to connect to the relay and it had powered down. I don’t know if it it the radio or low voltage, but I’m not taking any chances. Once this is in place I want some degree of certainty it will stayed powered up and working. Can anyone suggest a charge controller suitable for Li-ion or a charge controller suitable for Li-Titanate (which don’t lose capacity to below freezing temperatures)

Or could I for example place a buck controller between my LiPe04’s and the t-beam and it would set it above the threshold that the t-beams battery management kicks in? Or is there a way to bypass the power management on the t-beam?

Or could I for example place a buck controller between my LiPe04’s and the t-beam and it would set it above the threshold that the t-beams battery management kicks in?

You certainly could if your system can tolerate the consequent loss in efficiency.

Or is there a way to bypass the power management on the t-beam?

Update: This relay seems to be functioning ok, I replaced the t-beam radio, as I suspected it may have had a faulty power management chip, so no brownouts due to low voltage. Using 2 x Soshine LiPeO4 batteries 1800mah in parallel. Relay has remained continually powered up for 7 days.

FYI. The battery cutoff voltage can be set in the power.h file.

When it drops below 3250mV, it triggers deep sleep and I couldn’t find anywhere that wakes it from this state hence the requirement for a power cycle.

Try reducing this value to a very low value and letting the charge controller take care of the low voltage cutoff.

Thanks @Chiumanfu that is great to know. Is it possible to set this “define MIN_BAT_MILLIVOLTS 3250” via a terminal command such as “meshtastic --set is_router true”? Or does a custom build have to be built?

it is default build in general firmware (standard command)

I don’t see anything in the proto-bufs. The only variable related to power is ChargeCurrent

I have been testing the relay now for over 4 weeks and it has remained consistently on without any power outages. Launching the small community network, with a total of 8 households shortly to see how the network meshes. Initial tests have connected our most remote member at 50km away

Great to hear it’s working. Did you connect heater pads for the batteries? Not that relevant now, but will be in October…

For new installs, I’d look at the Wisblock rather than the Tbeam as they are more power efficient WisBlock Starter Kit | WisBlock basic kit – RAKwireless Store

Thanks @sam_uk . No I stuck with the 150ohm resistor as I was advised the heater pad would draw too much energy and reduce charging. It’s in situ on a mountain top doing it’s stuff ever since. It’s working, but I suspect that an earlier incarnation of the firmware was transmitting at a greater distance, as the range is much reduced, despite a power increase in transmission output on the code. Most of the participants on the network are not picking up the relay and if not for one user, I wouldn’t have connection to the others, he bridges my messages for me. I am not a coder, else I’d get stuck in, but I hope in the coming months many of the bugs will be ironed out and I can upgrade the firmware once again and install a more powerful antenna, but it is working and that is great, delighted with that. I looked at the Wisblock and it looks promising.