Hi all,
I’ve ordered 3x RAK4631 and 1x RAK19007. Mounted one of the RAK4731 onto the RAK19007 and flashed the firmware. It works just fine.
Then i soldered a Li-Ion battery with a short cable on the GND and “3V3” Pin. This Pin does not run on 3.3 V at all. In fact this is the battery voltage level, and the battery becomes charged up to the expected 4.20 V, also that’s fine. Now when i disconnect the board from the PC by pulling the USB cable, the module runs on battery, as expected. Fine.
But, now, when i disconnect the 4631 from the 19007 board, the 4631 does not work any more, although the battery is still connected to the 4631. WHY??
For a Router it is not necessary to have that large board and that green blinking LED, a waste of energy!

What do i have to change, in software, to make that running?

You need the base board and a core… The led uses a negligible amount of power.

Thanks for the feedback.
I will search and find a way to avoid using the base board permanently. It is simply a waste of energy, space and money.
The datasheet of the RAK4631 tells that the consumption during sleep mode is just 2 µA. Relative to 2 µA, the average current consumption of a blinking LED is probably at least a factor of 100.

The only time nrf devices use that mode is when the soft power off is used.

The eink version is for the eink screen

frimware"…eink…" probably is the firmware for device with attached E-ink-Display.

please write here, when you get the 4631 running without a baseboard. that would be interesting.
if you just want to save some space, you can still get the 19003 base-boards, that are a bit smaller …

You have to do most of the same stuff the base board does, probably worse and won’t save any power. Base boards are $9

Yes i will report. And i guess this is possible without much effort. I didn’t yet start attempting because i just got the modules yesterday and i don’t have the tools here at the moment. But in a few days…

I expect that you just have to bridge maybe just one contact, of course by soldering. Eventually the reset button simply interrupts the power supply during it is pressed (i.e. a normally closed contact)?
That will be solved!

If you didn’t buy the stamp version soldering the wisblock connector to access all the pins is not trivial, probably need a microscope.

have you measured the mA going into the Rak-device?
As long as there is nor messages being sent, its relatively close to zero

so i would not epect longer runtime from removing base board with LED and stuff…
the energy used, ist 99,9% when sending messages, up to 150mA or more depending on tx-level.
So, as long as your Board does transmit a few messages every day, the leds will not drain your battery, the messages will do.
further more, when intended use is router/repeater, i would expect it to be a stationary device with big antenna , maybe big battery and a little bit of solar. So saving Space by removing the tiny base-board is not important.
I would like to have a supertiny device for a gps tracker device, but since the 4631 does not have gps , itis not helpfull here… for attaching gps module you would need 19903 baseboard …

Using the existing tested designs and materials from RAK as your starting point is really recommended, building your own base board without making use of the existing work that has been done is really frustrating for the firmware developers as it is not really interesting to re-invent the same wheel over and over again in an attempt to save $9. 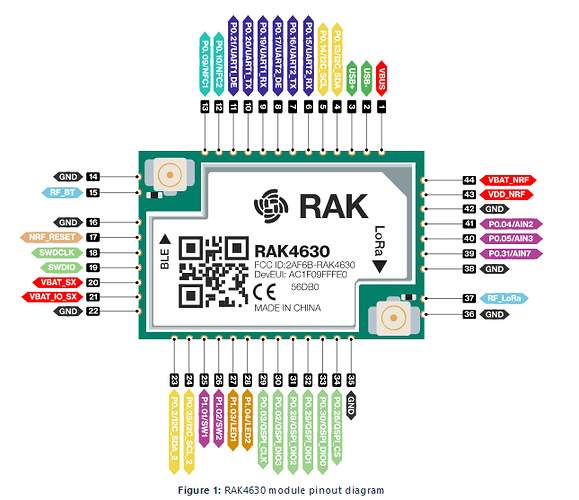 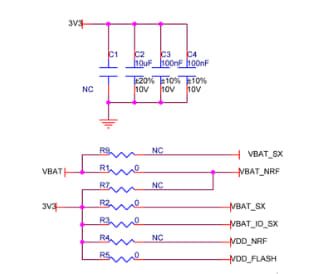 But connecting the battery directly to 3.3v VDD it’s always a bad idea - you may burn the board in a worse case or the board may work unstably.

I still don’t get the obsession of running the core without the minimal 19003 baseboard. For the few bucks extra you get the serial adapter, charge controller, solar interface and most notably mounting holes. The miniPCIe Project of @D4rk4 is way cool though …

@garth Surprise for you, sometimes people design their own boards or use “RAW” core modules not only to save money. RAK baseboards did not cover all use cases. But good start for prototyping.
For example, designing and producing a small test batch (5 pcs) of the simple board to bring the RAK4631 module to a standard Router/PC/Laptop costs about 800 USD.

@caveman99 only for save space, but anyway for running it’s from solar/battery or any other not precision power source need to use extra IC/Boards

Well, let’s start:
First i want to thank D4rk4 for the section of the schematic. You have been earlier than me

Now, RAK advertises the module 4631 with “Ultra-Low Power Consumption 2.0 uA in sleep mode” (RAK4631 WisBlock LPWAN Module Datasheet | RAKwireless Documentation Center).
However, when you put the 4631 into the 19007 and do a real measurement of the current drawn from a LiIon battery, you will measure something in the range of a few mA, of course during the periods when the transmitter is off and device.role is Router.
To visualize that current i took a scope and measured across a 1 Ohm resistor, so the resolution in the image is 2 mA/div.
See the attachment. 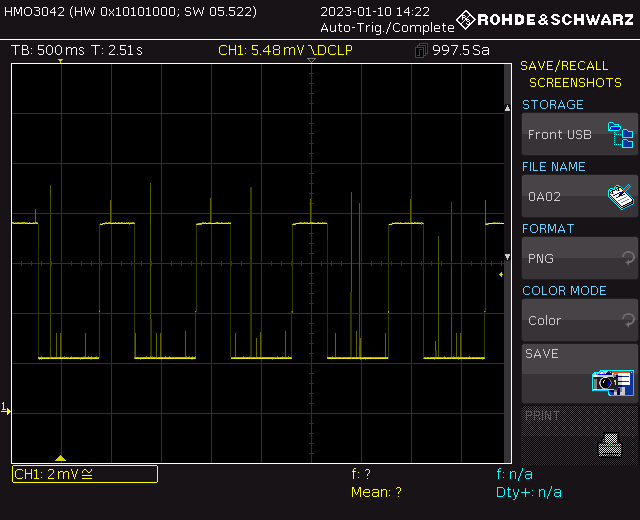 The firmware does not shut down RAK4630-based devices in low-voltage conditions. Due to a bug in voltage detection on this board. Also, a shutdown device is a very strange solution when it’s working in off-grid systems =) Don’t worry about this (for now).