i tried to change the GPS settings in android-app (gps-disabled, different time vaules) but othing changed the 50mA going into the deivce…

is there a command /Way to fully disable and re-enable the RAK-GPS so it does not consume power?
or to put it in sleep-mode when not moving for some time ?
thanx

Yes, using GPS increases the power consumption pretty significantly. We actually have a pinned comment in our #solar-power channel in Discord with some comparisons. RAK19003/RAK4631 without GPS ranged from 5-7 mA at 5v. With GPS it ranged from 50-54mA at 5v.

There is a “soft off” function for the device but it was just discovered this morning that it was not turning off the rail that supplies power to the the slots on the rak baseboards so it was not lowering power usage when a GPS device was connected. An update is currently being tested to ensure that solves the issue so hopefully we’ll see that in the Alpha/Beta releases soon. As for specifically the GPS module, I’m not sure that there’s a command for that. Even disabling GPS is going to still draw power.

this GPS is described as “low Power” on RAK Webpage.

Interesting. There’s nothing on the RAK12500 data sheet about power consumption whereas the RAK1910 has that listed as “15 uA to 22 mA”. The testing that was pinned in the #solar-power discord channel shows it was done with at 19003/12500 combination. You could estimate using the data in the data sheets. You also might be able to ask someone in the discord to test the consumption for you. 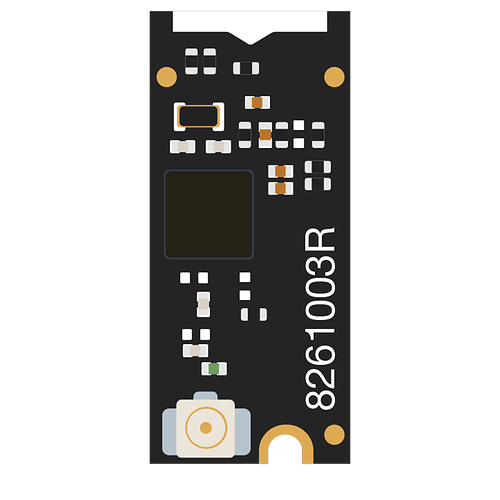 Ahh. It’s in the product overview. I imagine that value is at idle, considering how low it is. I’m not sure what you mean by this:

I mean it’s fine now. Adding GPS, no matter which device, will add additional power usage.
Here you can see the added power consumption with GPS and other variables.

Newer GPS chips generally use less power as this is Apple / Google’s primary demand of GPS makers, so it is unlikely that the 1910 saves any power over the newer NEO 8M model, the 1910 is also EOL. GPS generally uses about 50ma.

ok, thank you for that table !
i measured around the same mA here.

if the 12500 uses <1mA in idle, i expect that it can be put to sleep by software when there are no position data needed. i meant that probably some future meshtatic version will hopefully be able to put the gps to idle/sleep when not needing position data… /like gps update every 180 seconds (or longer)… so 160 seconds idle possible…?

You can currently set the position frequency in the software, but the gps module is always powered. While at idle it’ll use less power of course and then increase when it’s attempting to lock and get position. There is currently a feature request open to turn the module off entirely, and there was mention of trying to configure it where you can set an interval for it to turn back on get data and then turn back off. You can review that discussion here.

### Platform NRF52 ### Description Enable software toggle of 3v3_S power, via… IO2 high/low settings to enable/disable power for RAK-based devices. The intent is to toggle power to the RAK1910 or RAK12500 GPS modules; adding this feature would allow users to get the maximum runtime from installed batteries, when sending real-time GPS updates is not required or desired. Users would need to be made aware that disabling 3v3_S power cuts off power _**ALL**_ sensors using Slots A-D for RAK19003/19007/5005 and Slots A-F for RAK19001.

It should be noted that this turns off all modules on that rail so this is probably not a very good solution for handsets.

Super deep sleep (either on NRF52 or ESP32) has not been a great fit for meshtastic generally. It really only works for use cases where there is sustained periods of no network activity. So it works if there is a mountain top node that can not communicate with a base station as it will wake up if a portable node winds up in-between those two nodes, but that is not how most people set up their network. This functionality is how a lot of commercial LoRaWAN devices work (you gas meter wakes up once a day and sends its reading at a specific time and then goes to sleep until the next day) but Meshtastic is much more random.