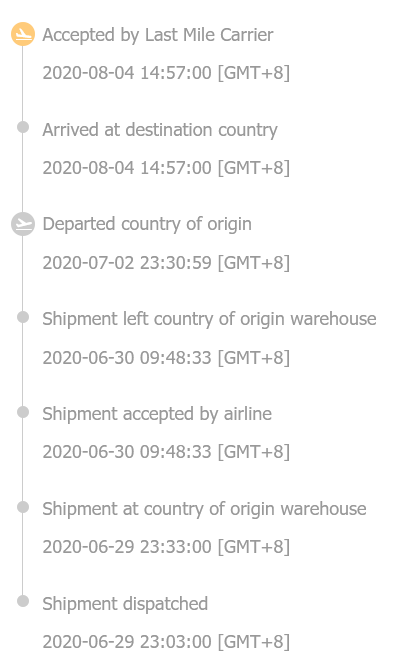 Can someone please measure the exact size of the OLED screen itself on the Meshtastic TTGO T-Beam v1.1. It’s not the standard size for 0.96 OLED - it’s a bit shorter top to bottom and maybe side to side but it has same pixels. I ordered one with a screen but it arrived without one (seems it happens often) and I can’t find an exact size replacement which is why I need the dimensions. I had boxes 3D printed before the units arrived, so I need to figure this out.

I’m in Sydney, Australia. All of my t-beam shipments have gone via Singapore and have taken 1 month to get there. So hopefully yours are only 2 weeks away.

Got mine, but they came with SoftRf. I just updated them and they work! Now, I will see how far they can connect!

My T-Beams arrived today, so 29 June to 11 August to get from China to Australia

interesting. Just to double check, you ordered the version that was supposed to be shipped with meshtastic preinstalled and it wasn’t? (so I can ping TTGO and let them know)

I finally found time to set up these pre-installed radios. I am note sure what version of Meshtastic they came pre-installed with but it did not work.

The installed version did not get any GPS lock - just had “GPS bad” on screen" and would not pair to my Android Samsung Galaxy 7.

Updating to 0.9.5 fixed everything.

good to know. btw: Next week I’ll release 1.0 and I’ll send a note to TTGO telling them they should update to that vs whatever they are sending now.

(In the interest of transparency for this hobby project) I just received the first payment from TTGO for this program. Over the next two-three months I’ll figure out some sort of way of depositing it and creating a transparent/fair way of sharing the funds.

Personally I don’t think that you should feel the need to give it away. You invest a lot of your personal time into this.

Maybe save it for times that you find a charitable use case. (maybe TTGO would even pay you in equipment shipped to said charitable cause).

Or maybe you want to hire a programmer to add a feature you don’t want to or can’t do.

Or pay for the web hosting or other related meshtastic expense.

I agree with lux.

Also, I just ordered 2 tbeams with meshtastic preinstalled. I will update how it goes and also how long it takes to arrive. Cool project!

FWIW, I just (well, last week) received 2 T-Beams from TTGO’s AliExpress store, ordered back in mid July (not as “Meshtastic pre installed”), shipped late July (28th). (Which then took until Sept 2nd tp get to Australia and Sept 11 to get to my Sydney post box…)

One came with Meshtastic running, one didn’t (SoftRF instead). So maybe don’t rely too heavily on TTGOs SKUs always delivering exactly what you were expecting firmware-wise… (I wouldn’t be too surprised if my Meshtastic one is a reworked return - the soldering of the GPS module looks possibky non-original…)

(And geeksville ? I also agree with lux and cmiller - if you want to transparently or not spend that TTGO money on hookers and blow, or drop it in a church collection plate, or spend it on anything else, that’s just fine by me!

What area of Sydney? And what frequency? I’m near the border of Newtown and Marrickville, but I chose 433 - which’ll probably not be the most likely option to be able to connect with other people’s meshes…

Thanks for the feedback. I’ll weird out something transparent

Btw I talked to my contact at ttgo and they apologize for the accidental softrf shipping. She says she will work with shipping to improve inventory control so it will be fixed.

If that’s in reply to my comment about SoftRF/Meshtastic pre installed, it was the other way round for me. I expected SoftRF on both (the AliExpress listing I ordered from didn’t mention Meshtastic anywhere), so I “accidentally” got shipped a Meshtastic one…

Received mine (two of them) a week ago - they came with v1.0.0 of the firmware, but it was apparently firmware for some other hardware version (the brightness control cycled constantly across the screens). Took me a few days (this is my first foray into LoRa or ESP32), but I finally got them sorted with the proper firmware, and now they’re working just dandy!

Reporting from the west coast of Canada, ordered from AliExpress Lilygo store 2 boards and it took 2.5 weeks to arrive (not bad at all). After connecting the OLED, one board worked immediately as did the BLE firmware update (@geeksville awesome work, thank you) while the board seems to have … slow/flaky BLE connection — so plugged into the USB port to the update to get it going.

Waiting on the Lilygo folks to assist with what might be a defective board?

Going to start another thread to ask some questions =)

I am around Boston, if there is some one that wants to connect once it arrives that would be nice. Briar# in profile