Can one build a solar-powered node with T-Echo and "solar power bank"?

I was wondering if one could set up a solar-powered fixed node (router) by hooking up a T-Echo with a “solar power bank” such as this one: https://www.amazon.de/Anker-Taschenlampe-Wasserschutz-Kompatibel-Smartphones/dp/B08BYL3G9J/

I know the solar panels on these are very low-power, in fact next to useless for almost all practical applications. But given that the nrf52 devices are very low-power, too, maybe it is sufficient? Did anybody ever try something like that? It would be a very simple and cheap solution if it worked. Could basically sit on the shelf for quick deployment in case of an emergency situation. And one could still use the T-Echo as a mobile unit otherwise.

Questions I have in mind specifically:

I’ve got the 10,000mAh version of one of those power banks. Happy to deplete it and plug into one of my T-beams see what happens.

However, I highly suspect it won’t offer pass through charging, i.e. it’s circuitry is most likely dedicated to charging and battery protection rather than pass through power. No harm in trying.

If I’m right, presumably you could toggle your device between charging and running off an onboard battery, which would trigger the solar pack into charging mode.

However, my experience thus far is that it doesn’t really charge in my world which is northern hemisphere, latitude 55degrees. After two days in direct Scottish sunlight it still had one light out of four illuminated. Doesn’t appear to charge in cloudy conditions.

I am going to make box with (pic) 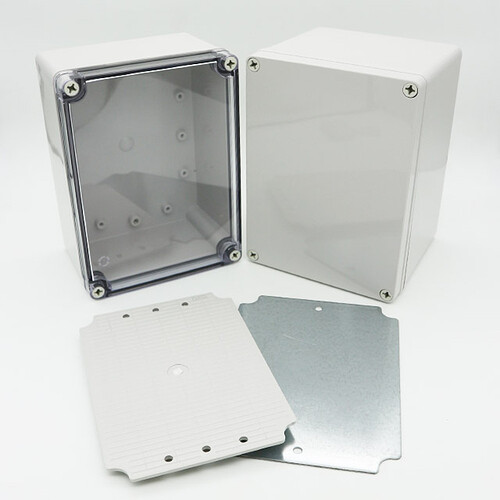 Lithium batteries show optimal performance at 20-25 degrees. So I’d like to wrap it with insulation for summer and winter.

The GPS uses most of the power, probably 10–20ma without GPS and 56-60ma with. There is no solar circuitry in the techo so you likely need a solar management board in the middle and potentially a second battery being charged by solar that in turn keeps the techo topped up.

Andy, you are right, pass-through charging could be the show-stopper here. Unfortunately, typically this is not detailed in the specs when buying one. So would be very nice if you could try whether that works on the Anker model!

I read some reviews that people got the 20,000 mAh Anker version fully charged in direct sunlight within 7 days. So that would be 2800 mAh per day. Say we get roughly half of that, so 1500 mAh per day. If garth’s numbers are correct then a mere 500 mAh per day (without) GPS should be possible on the T-Echo. Actually, I think it is even less, as I have them powered with GPS on for roughly a day now and the 850 mAh battery is only down by a third or so.

So it might work - if the pass-through mode is not a show-stopper!

There are also other “solar power banks” out there with larger, unfoldable solar panels. That would probably work better and give you some reserve. If pass-through is possible and they do not shut down with such a small consumer, that is.

The beauty of that solution would be that it would just work plug’n’play, and these solar power banks are also cheap, can be gotten at below 50 USD. And one could just use the T-Echo as a mobile device any time if one didn’t need the router any more.

like you mentioned, most power banks have a low current shut off and are not suited for this use case.

NRF52 is 10-20x more power efficient than ESP32, so a small solar panel can work well depending on location.

a RAK would have some advantages like power efficiency and cost, but T-Echos are awesome.

So here is a list of power banks that have pass-through charging (sorry, in German): Test & Bestenliste: Powerbanks mit Pass-Through-Charging | Powerbank-Guru

Here is also an article on some that support it: Don't Pass on Pass-Through Charging! - Modern Outpost

One could couple any of these with a solar panel with 5V USB output. Not as elegant as buying an all-in-one device, and probably more expensive, but still relatively plug’n’play. Advantage would be that one could hide the power bank in the shade.

Yeah, one would need to find one that supports “pass-through charging” as well as “always on”. Some do, as detailed here: Don't Pass on Pass-Through Charging! - Modern Outpost

Ok, this solar power bank has a 5W panel and is confirmed to allow pass-through charging with solar power (not from DC in): https://www.amazon.de/ADDTOP-Powerbank-Ladegerät-Solarpanels-wasserfester-25000mAh-Orange/dp/B07GB4H8FB/

If it works always-on, I assume it should have a good chance to sustain a NRF52-based device like the T-Echo.

Addendum: One guy writes in the reviews that he uses it to continuously sustain a Raspberry Pi Zero and an Arduino Nano at 200 mA:

“I really can only say good things about this power bank. I bought it to run a temperature sensor in my backyard (ca. 200 mA continuous draw, from a Raspberry Pi Zero W, and an Arduino Nano). The sensor has now run for ca. 48 hours (yesterday morning to this evening), and the power bank is full, even though it started out at 3/4 full. Most important for me is that it clearly can change and provide power simultaneously, and that ca. 9 hours in mostly indirect sunlight was enough to keep up with the power draw. Also important: the power bank did not turn off, but rather provided 48 hours of continuous power. Would definitely recommend for similar use cases.”

Ok, I ordered one and will report.

Just wanted to report that unfortunately this power bank does not work as intended: https://www.amazon.de/ADDTOP-Powerbank-Ladegerät-Solarpanels-wasserfester-25000mAh-Orange/dp/B07GB4H8FB/

The reason is that it shuts down after some time of too little power draw, so basically when the T-Echo has fully charged and then only consumes minimal power.

It might still work with a T-Beam as that draws more power continuously, and pass-through charging from solar power is confirmed for this device.