An alternative to the internet

I am interested in the subject of what life would be like if there was no internet. I think that some aspects of life might look like it did in the dark ages, fortunately much of society is already geared to operate wireless. I was glad to learn about the metastatic project because the project has already accomplished the basic idea of what I have been thinking about. I am not certain about the exact wording of certain components, so I am going to use some terms that I made up.
In my mind the device has two different antennas, one antenna is the ‘sender’ antenna and the other is the ‘receiver’ antenna. You guys have already taught me that the sender antenna is able to broadcast a signal (or the antenna that sends information) that I think is decent. What I am not content with is that the receiver antenna is not very strong. If a person wants to access the network they need to be very close to the receiver (or the antenna that is responsible for receiving new information from a person).
Pretend the county that I live in is 10 miles long and 10 miles wide. The current meshtastic devices would work well if a group of buddies all got together and tossed a meshtastic device into their backpacks and spent time driving around the county. But I am interested in a device that can not only receive a signal from someone that is within a couple of meters but also serve as a gateway hub for everyone living within 1 mile of the receiver. (The larger idea is so that someone could purchase a handful of abandoned lots and erect antennas and that way everyone that lives in that county will be able to access the alternative internet.)
I am not certain how to design the device that I am talking about, but it would sort of look like the infospot radio (http://www.theradiosource.com/products/infospot.htm) I would like to hear ideas that other people have about how to increase the range of the reciever.

Welcome to the community @Travis. While Meshatastic uses the LoRa protocol it will never be an alternative to the internet as we know it. It could be likened to a peer to peer SMS service. The data rate of LoRa is so low to achieve any meaningful range that it is limited to text based messaging (still very useful).

The device you have linked to is a transmit only device that operates on AM allowing people to pickup your transmission on a car or handheld radio. Basically a mini radio station.

Thanks for replying! Many people do not see the dangerous situation that I see coming, so many of them are convinced that things will continue to improve. But I see a time when things could look like life in the dark ages. Of course I do not want to spend much time in the dark ages. So I have thought about how people pulled them selves out of that mess and the answer was communication.

A big advancment that pulled people out of the ‘dark hole’ that they were in was the Gutenberg Printing Press. I believe why the printing press elevated the lives of individuals was because it allowed many people to be able to bounce ideas off of each other. Before the printing press much of the information that a person was able to gather was limited to events that happened in a persons backyard.

So it would be like a person dying of thirst in a desert that was surronded by a ridge. However on the other side of that ridge was a water well. What I am after is an electronic builtin board that everyone in town could see. I do not fully trust facebook, but I would like to find a system that allows everybody to have there own profile page (I feel that I benefit from learning how other people handel a situation)

Maby what I would like is to know is how everyone in town would be able to read an electronic version of a news paper. Figuring this out is like a challenge to me. So if the light went out in my town, would I not be able to introduce a more advanced form of communication than what they had 100 years ago. Voice communications (such as ham radio, and walkie talkies) they would be useful but writen communication seems more (I am not sure of the word) ‘fixed/permement’

What would a ESP32 type of defice be able to do?

Those lora32 boards with a microsd slot are promising… Are you proposing as being an active member of a mesh network that you could host a text web page on your radio? This sounds almost like our early BBS messaging systems… Those were the days

Alas (except when running shorter range settings), Lora is too slow for that.

With our default (very long range) settings, it takes a few seconds to send one 60 byte packet (a short line of text or a position report). This is much slower than even the super slow 300bps modems from my bbs days. Because those modems had the added benefit that they could have a full duplex 100% dedicated channel (and no packet overhead).

So probably not a good fit for what the technology can do.

I’m not suggesting trying to implement a full IP stack, just that any network connected device with a web browser can utilize the text based communication via a web interface so its not limited to BT and phones with a dedicated messenger app. Currently it appears that unless you are actively connected by BT and receive a message to your node the messages will be lost… Accept the last which you can view on the OLED

There are several projects that use consumer wifi gear to form mesh networks. HAMs can even run some 2.4 ghz radios on HAM only channels. Point to Point (PtP) or Point to Multi Point (PtMP) is a much better ‘back bone’ for longer range links using very directional antennas that focus the transmit power in the required direction and reduce the over all background noise received by the radio.

There are also projects working on providing distributed services. Combined with mesh networks and local storage things like messaging and wiki are possible and much more resilient.

What i see in my crystal ball is a tiered system. Dedicated long range links, local access nodes and meshes of local nodes running on common, cheap, consumer wifi gear. Added to that could be medium / long range but low bandwidth systems for sensors / text communications using LORA. Metastatic.

I am still waiting for iOS app (Interested in making a flutter-based third party app - documentation? - #3 by tomasbrincil)

Why not use EPS32 to server the same stuff over WiFi? It could be used without app on any WiFi and browser enabled device.

@tomasbrincil Wanna help? If interested, msg me and I’ll send you an invite to the developers slack. 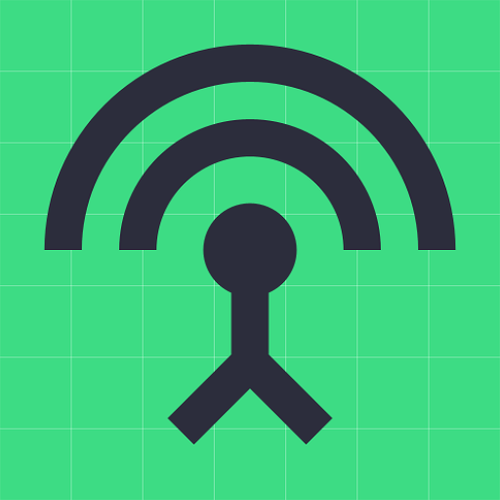 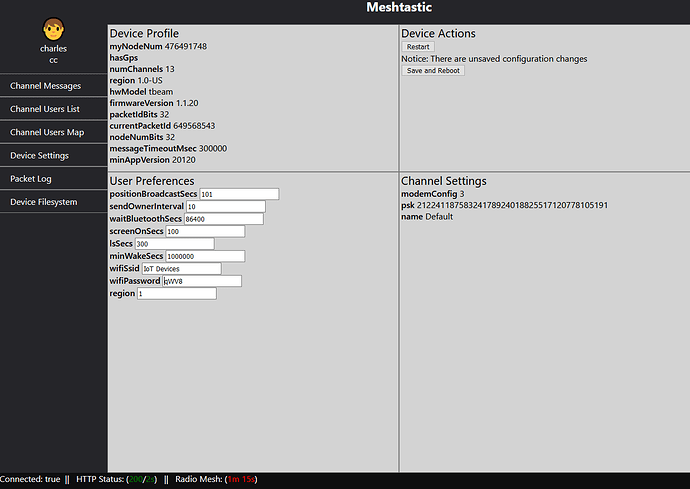 Contribute to meshtastic/meshtastic-web development by creating an account on GitHub.

problem with using networks built with Part 97 rules requires everyone have license AND nothing is encrypted… higher power is not worth the longer distance links… we can just use more shorter distant links with the ISM bands and not get $10,000 fines

Ok, maybe I should spent a little bit more time with researching what is new after a while I was not checking news here

I am totaly into.

I should have also shared the link to the javascript library. The web interface is being built on top of that.: 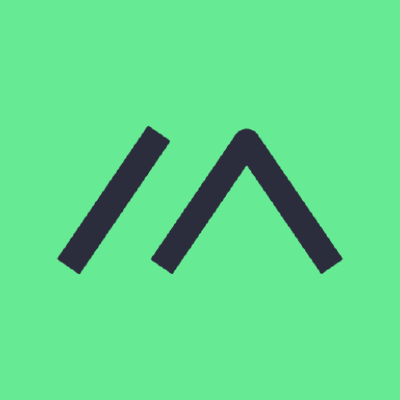 Javascript library that provides an interface to Meshtastic devices

The unpublished web interface is actually fairly functional as it is. 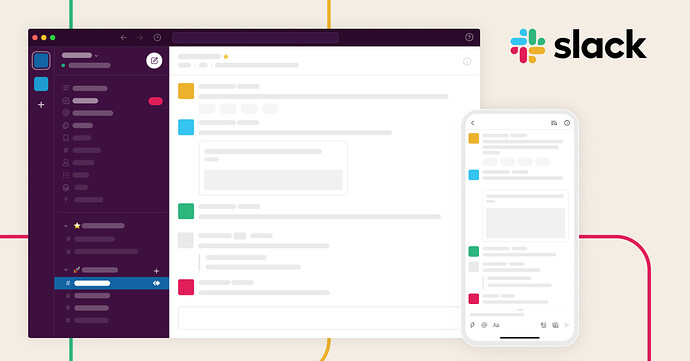 Slack is a new way to communicate with your team. It’s faster, better organized, and more secure than email.

If you get on the slack, join the channel #webui channel.

My understanding is you can do this stuff without a license if you stay on the consumer channels and power limits. Even without the HAM channels and increased power limits you have a better link budget and much more bandwidth.

And the underlying internet itself isn’t encrypted. That is done at application layers.

Connecting large areas, and lots of people will require working with others unless you are funding some kind of large scale prepper community.

sure, but part 15 limits with 2.4Ghz ISM there is no long distance NLOS possibility, unless you have a rohn tower in your backyard this limits possibilities. I’ve witnessed a 2.6km NLOS link in first floor windows with untuned stock stub antennas! Sure, it’s really low bitrate but perfectly fine for text chatting.