So the wifi would be added with the RAK2305, correct?

Yes, but it is not supported (yet?) and it doesn’t make sense - if you need WiFi, just use a device based on ESP32

For the hardware investment of $10.50 to add wifi… and be able to have a gateway… it seems like you would have the best of both worlds. I completely understand that the meshtastic code to do that is not all there.

RAK2305 combined with the RAK4631 WisBlock Core gives your solution additional wireless communication options. It can be used for example as a gateway between your LoRa® nodes and IoT over WiFi.

I just took a look at their wifi module. They are essentially running some custom code on a ESP32 to provide “AT style” serial port commands for doing wifi from the nrf52.

I think supporting that module would be lot of work for little benefit (because you’d lose the main benefit of the nrf52 - which is super low power consumption). So I won’t be spending time to write code for that module (if someone else wants to that would be great).

One feature that will be coming: the android app will “gateway” MQTT packets for meshtastic-devices. So nrf52/esp32s with just a BLE/USB connection to android will have ‘full’ internet connectivity and provide forwarding for their mesh.

Yeah, I was reading the sample code AT commands thinking what is the the 89’s?

I think I fried the base. I added my battery and smoke, I think it’s the component marked with my tiny annotated B top center. So sad. 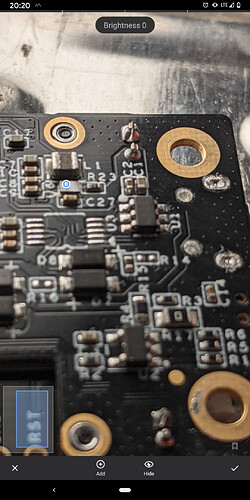 They might be fast but they forgot to include the rakdap1 and now this.

In all fairness they do tell you to use their recommended battery.

It might be wrong polarity, the screen printing suggests positive is closest to the edge but I found a photo of red inside.

It’s alive! Positive is on the inside and that fuse must be robust! 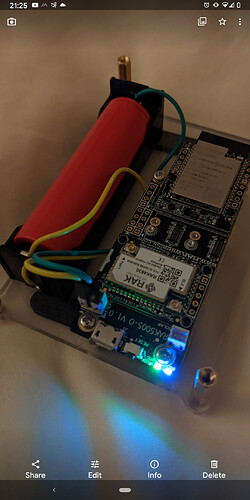 A friendly advice to always attach the antenna before powering up a radio. If it tries to transmit and there is no antenna it may die.
Has anybody done any power calculations if the small solar panel i see on their box will be enough to power a meshtastic node?

Here’s a somewhat old spreadsheet with measurements of a nrf52840 + GPS + rx1262. This new board should be similar bug I haven’t verified this yet. Sometime in the next few weeks I will.

The interesting parts are to compare link 54 with line 72.

If someone could look into the datasheet for the RAK solar and add a line for that solar panel I’d be greatful (just request editing permissions).

I think we all do “think for ourselves”, but many likely do not say certain things “out loud” online where what they say is 1) around forever 2) easily searchable for use anytime in the future.

Do you announce to the police officer standing by the side of the road that you are going to exceed the speed limit or drive carelessly? Maybe you do. That is OK if you do. But, to suggest folks are not “thinking for themselves” because they choose not to do it and simply go about their day without announcing that they’re driving 2x the legal limit isn’t quite accurate or realistic. In fact, I’d say they’re thinking more clearly than someone who records it, posts it on YouTube, and sends local law enforcement the link.

Some folks just don’t openly announce or discuss their intent to break laws, especially ones (that at least in the US) can have serious consequences (felony) if you get caught, even if the chances are very, very low (they’re quite higher than I think you recognize, but I’m not going to try to change your mind on that).

I ordered the Wisblock starter kit ($25 USD) and it took about a week to get here in the US. That is really impressive! It definitely is a step up in quality. They included the Lora and BLE antennas and even a short USB cable. I can’t wait to get this loaded up and test it out.

Edit: Loading it was very easy as outlined above with USB. It does not include the jst 2.0mm connector for the battery or the jst 1.5mm for the solar panel. I ordered a few so it will be USB powered until then.

Yall who have gotten hands dirty with these Wisblocks. Could a Wisblock use two cores? So we could have a node with two radios? Use cases bandwidth scalability and PTT voice.

Mine is on the way. To help with this question I posted this to the RAK wireless site as a help question. I will keep you posted on the reply…

Answering my own question, no: https://docs.rakwireless.com/Product-Categories/WisBlock/Quickstart/#hardware-setup

You can install our release binaries by “drag-and-drop” onto a special simulated “USB disk” that appears on your computer while the device is in the bootloader. To install:

Just got a chance to plug in my RAK starter kit with the 4631 board. Oddly enough, it doesn’t appear to be exposing a volume to transfer the firmware. It just shows up as an ordinary USB to serial device. I am on a windows box at the moment. I may try it on my linux machine a bit later.

Edit: Never mind. I found a post on the RAK Wireless community. After you connect usb, just double tap the reset button to put it in bootloader/UF2 mode.

Tempted to purchase a few of these. I have access to a few high points around London which I could permanently leave these and help build a router network in with the solar enclosure.