IMO (if it is like other RAK boards I purchased in the past):

Pros compared to a TBEAM:

Cons compared to a TBEAM:

That Wisblock kit 2 for US$77 with solar looks like the perfect kit for hiking - except for the industrial case and no screen.

If this company could make that kit with a screen, battery and a slimline case with PALS attachments they would be on to a winner.

My RAK goodies arrived. Very nice and professional. And the PCB is tiny tiny - about 2/3 of a credit card sized.

I want to make some progress with @danv on the mqtt-matrix bridge first. But hopefully I’ll have support in for this board added to meshtastic in the next two weeks. 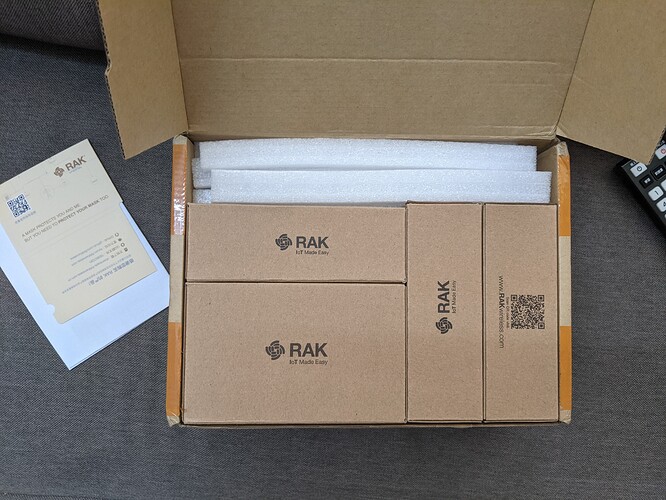 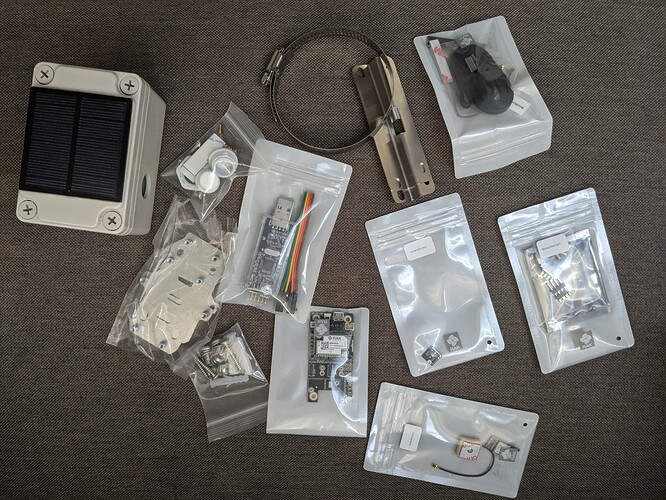 Did you order the screen or wifi?

Super excited, have had 2 of these laying around with no use for a while. Best router board!

Excellent! Glad everything got to you!

With this good news I went ahead and ordered:
2x Starter Kits
2x GPS Modules
2x Displays (They are SSD1306 and can be found elsewhere, but I’d like to see what they recommend)
2x WiFi Modules (in the off chance WiFi will be important in the future, but may not be necessary)
1x Solar Enclosure
1x Debug and Flash Tool

It looks like J11 IO1 and IO2 would need to be tapped in for Power and User buttons?

I didn’t want to be left out so I ordered the complete starter kit and the solar box. No pressure @geeksville

So early support for this board is now in mainline. I’m going to do a device release in a day or two to fix some other bugs and it will be included in that zip. However, since some of ya’ll are receiving these boards already I wanted to give you a drag-and-drop install-able image that should work pretty well.

That was fast! Much faster than RAK getting my order out the door, ha.

I’ve already started working on a case design to fit on PALS webbing. I’m trying to make the whole thing at least splash-proof, but it will be higher cost than the T-Beam cases.

The board certainly is a nice size though, about 2x 18650s side by side.

My kit arrives tomorrow! I’m not sure if it includes this new core module, it isn’t in my complete kit list and I don’t recall seeing it on their site a few days ago WisBlock Core ESP32 Module | RAK11200 – RAKwireless Store
I see several other “new” and “coming soon” items too.
Looks like I am getting this one though Provide additional wireless communication options with the RAK2305 – RAKwireless Store

I just ordered my first two devices last night, too bad I didn’t see this first. After I get more comfortable with them, getting them solar powered for long term deployment will definitely be my next goal.

It would be possible to add support for that module (though the small RAM is pretty limiting). Alas, I didn’t buy that version so I’ll need to order it to be able to debug. (I can try adding it as a build target but it would be untested)

I’d highly recommend the 4630 instead though…

Will definately get the 4630 from now on, just didn’t want to put these 4600 to waste. If you add them as build target I can try to learn how to debug them.

Ok no worries, I’ll add that target early next week.

Wow @Havealoha is right, they did add a bunch of stuff including a newer GPS module (M8Q) and an E-ink EPD Module.

That’s how it always is for me. I buy it and then it goes on sale or gets an update lol. Who knows, maybe they threw a few extras in my kit. I did plug Meshtastic in the comments. 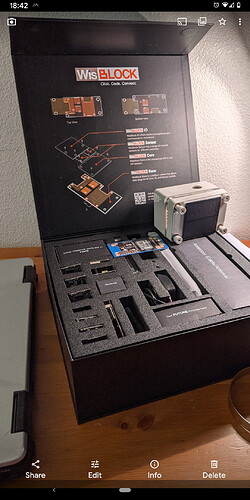 I hope there will be a nice waterproof box for WisBlock with E-ink EPD Module module.