Hello all, Long time lurker first time poster. I’ve been reading and from what I gather geeksville has added support for the E22-900M30S radio. My question is can I possibly add this radio to an existing device (say a Heltec v2.1 through the extra gpio?

I live in the US and would like to have the extra HP from the 1w module for a portable repeater project I built. (GMRS portable repeater in an ammo can) I have decent understanding of RF and realize Height is Might and the best gains can be had with antennas than simply upping the power. I have some upgraded antennas like a +5.8dbi and moxon’s and plan to add a nice high gain omni for the project.

If adding the module to an existing device isn’t an option I did just order a wroom module as a backup plan. This node would primarily operate as a repeater and the unit would be hiked up a hill to be deployed to add radio coverage and help mesh with our other meshtastic devices. does anyone possibly have advice if that’s the path I have to go down?

I appreciate any responses and really have enjoyed watching this project grow over the years. Hopefully I may help contribute some from this project.

The way to go is with a ESP32 module like the wroom32.
The FW can be one of the precompiled DIY versions.
A schematic can be found here: Meshtastic-DIY/Mesh_Ebyte_E22-XXXM30S.pdf at main · NanoVHF/Meshtastic-DIY · GitHub.

Keep in mind that by sending with more power will not guarantee you a greater range. The receiving will not be better, so that limits the range.
Only if both sides of the link use the same power, the range will be optimized.

Another diy option not for the faint of heart 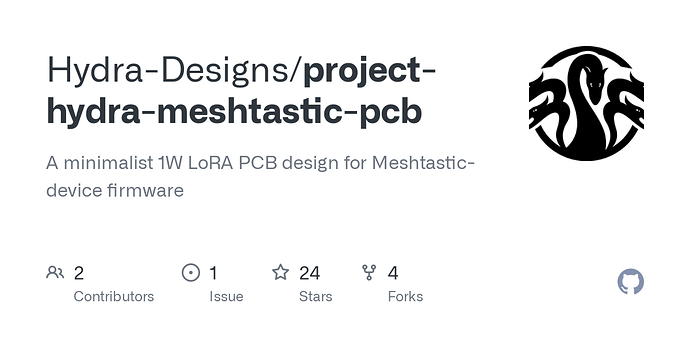 Keep in mind that 30dbm might be the max source transmission power that you can use, but there is also a 36dbm (4W) total EIRP limit defined by the FCC, so you have to be aware of exceeding that with high gain or directional antennas. Anything over 6dbi would do so.

Thanks for the replies guys. costo thank you for that link. I believe that’s the exact board I got coming. (went with 16mb flash)

I guess I should bounce my planned purpose off you guys and see if you feel I’m on the right track or wasting my time. There is a group of ~50 of us and we plan roughly quarterly meets at various parts of the state. We pick a general area but often where we had hoped to setup camp is already taken so we have to change our spot on the fly. Some of these area’s have spotty cell service and only 25% of us have our GMRS license. People are warming up to the meshtastic devices and were getting closer to 50% of the group with those and many on the fence.

My goal for the repeater node is that once camp is established it would re-broadcast out the location to those who are coming in further than a 22dbm device would. I understand that they may not be able to transmit back until they are closer in range if using a 20-22dbm device but at least it would steer them in the right direction until bi directional coms are established.

Do you guys feel having the greater output would achieve this goal?

and thanks thebentern. I had not considered EIRP. Being that this is designed as a portable solution I think keeping it ~6dbi gain would be wise as I don’t feel like humping a large antenna anyway lol. I planned on using an omni antenna as it offers a higher utility for this project and is simpler to deploy.

Looking forward to getting one!

Will 4mb flash be enough to get this up and running to test with? Just realized when I ordered the 16mb wroom module that it’s not a complete dev board. it’s just the module.

I ordered one from amazon but their all only 4mb from the looks of it. My ebyte module shows up tomorrow so hoping I may get to play with it this weekend.

Welp. I’ve decided to give Thebentern’s Project Hyrda a go! ordered some hydra boards and already had the other boards I needed. Will report back once I get it up and running.

I had to buy 5 boards so I already have plans to do at least 2. One as the repeater another with gps and a epaper display.